There was an error retrieving images from Instagram. An attempt will be remade in a few minutes.

**I made an initial personal Facebook post before I decided to give this travel blog-thing a third try using a wordpress template that I know works. I’m hoping I can just update here from now on. *fingers crosses*

We’re headed to Cape Town in ONE WEEK, and the countdown is REAL. Table Mountain, whale watching, penguins, the Cape of Good Hope, the Southern most point of Africa and WINE.

I’m more than lucky (not to mention continually shocked and thankful) to have been able to accompany Cory out of the country to Belgium, Germany and Malta – and believe me when I say that I am beyond humbled and completely thrilled to be able add another new place to the list of places I NEVER thought I would get to see in real life. Cory will be working during the day through a lot of the visit, but we’ve tacked some time on to the end for honeymoonish type fun. Lucky for me – I’ll have a girly travel buddy to meet over there, so I won’t be as lonely while Cory is working as I originally thought. Adventure buddy solidarity, yo. 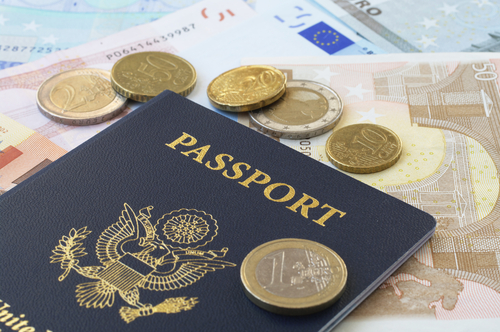 There’s a lot to prepare for, and it starts with a 24 hour international flying adventure. It’s a long way to South Africa. We’ll fly out on a Saturday from Gainesville, Florida to Atlanta, Georgia. Here’s where it gets long. We’ll leave Atlanta that Saturday afternoon and land in Amsterdam at 6am Sunday morning with a 4 hour layover. We then hop another 8 hour flight which lands in Cape Town at nearly 11pm Sunday night…and we’ll be driven 30 minutes just outside the city to our hotel. Cory has to go to work on Sunday morning. Ack!

I can’t imagine how Cory is going to survive a day of work immediately after 24 hours of travel and what will likely be a bad night’s sleep 8000 miles from home. He’ll have to use the force.

After walking through that itinerary to convey it to who ever reads this – I already need a nap.

I’ve seen 75% of my own country by traveling across it by car twice, by train up the east coast and back twice and by plane several times – and by living in California, New York, Boston, Cleveland and Georgia. I’ve scaled a cliff with my dad in Yosemite, camped in the Grand Tetons and driven through parts of Glacier National Park. I’ve driven over Independence Pass and I’ve been to the top of Pikes Peak twice! I learned (sort of) to ski in Oregon, played the slots at the Aria in Vegas and rode the roller coasters at Cedar Point. There’s plenty of it left to see – I’ve still never been to Seattle, or to the Grand Canyon. I’ve never been to Pennsylvania, Arizona, or Michigan, but I’ve driven through Kansas, had a buffalo stick his head in the window of my car in Wyoming and I’ve seen the elk come to the center of Jackson Hole to eat.

My sentimentality begs me to say that anyone who knows me knows I’ve always dreamed of traveling abroad. I truly thought that unless I saved for a lifetime to go abroad even once, I’d still never actually get to go. The fact that this dream of mine that seemed so far off in the distance, and mostly unattainable has become a reality is nothing less than magical for me. I don’t take one bit of this opportunity for granted, not even for a second. And to see these places with the love of my life and with Sky makes it a treasure.

I’ve learned so much about the art of traveling, but like anything else I remain excited to keep learning more. My adventure is to see the world.